Mystery Monday - Was there another child?

Nels Henry Nelson was the oldest son of Jens Nelson and Anna Nilsdotter Rickard. He was born in Vinslöv parish, Sweden August 22 in 1885. In 1887 he emigrated with his mother and younger brother Carl Emil to America, a year after their father and Annas husband Jens went there.

Nels married Emma Larson and they had a son, Howard Emmet Nelson, born September 21 in 1915.


Looking close on the birth certificate of Howard, it says:

I had this birth certificate for years and only recently noticed that detail.

Since Howard was born in 1915, this child must have been born sometime after 1910 but before 1914 and probably in Minneapolis and Hennepin county. At Minnesota Historical Society there were two possible birth certificates from 1913, with surname Nelson and mothers maiden name Larson. 18 USD later I found the right one: 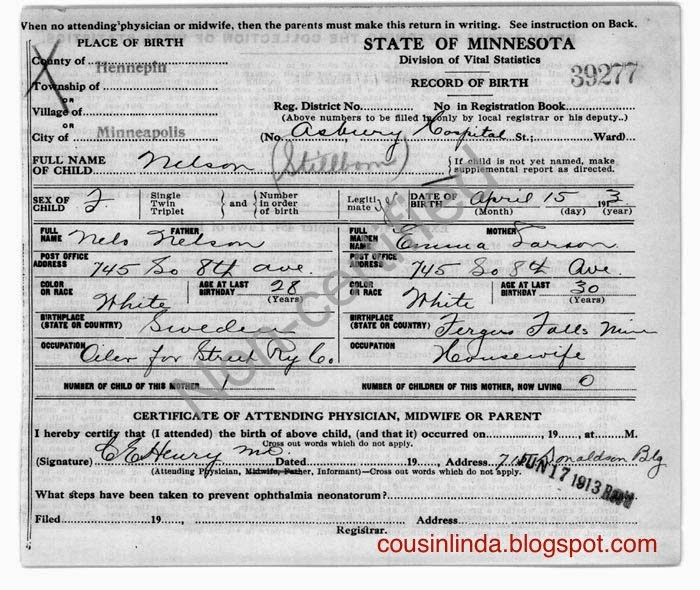