Sissa was the youngest sister of my greatgrandfather Bengt Jönsson. She was born in Kyrkhult on August 27 in 1873. She was child number 10 of Jöns Bengtsson and Inga Persdotter. Four of her siblings were already dead when she was born, and only 22 days before her birth her father Jöns died on August 5th.


In 1893 she goes to Malmö and according to the houseexamineroll. In the movingbook it says she is heading to Malmö Petri, and so is another Sissa Jönsdotter from the same place on the same day, May 5.

In the movingbook it says Sissa has returned to Slagesnäs or it might also be that she returned her movingpapers on November 6 in 1893. In 1895 she is listed at the end of the book of people who has left without permission.

From that point, I cant find her.

I have looked and done all kind of searches on:


So, where did she go? Some of her sisters went working in both Germany and Denmark for a couple of years, maybe she went there as well? Or maybe she went to the US, I dont know.

It would be nice to find her.


Finally, two pictures of the house where Sissa grew up with her mother and my great grandfather in Slagesnäs. 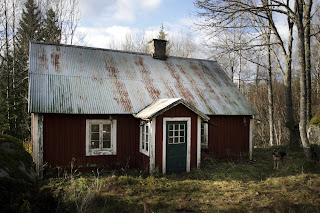 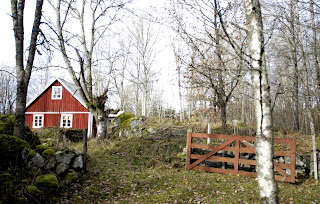