Every year I make a special bread for Christmas, called Vörtbröd. Some of the spices used is cinnamon, cardamom, cloves and ginger. A beer is also used and rye flour. And raisins. Very tasty bread and if often eaten with a slice of ham and mustard for breakfast on Christmas day.

The picture below is from last year when I used an Russian Imperial Stout beer. I usually don't bake the bread until closer to Christmas Eve. 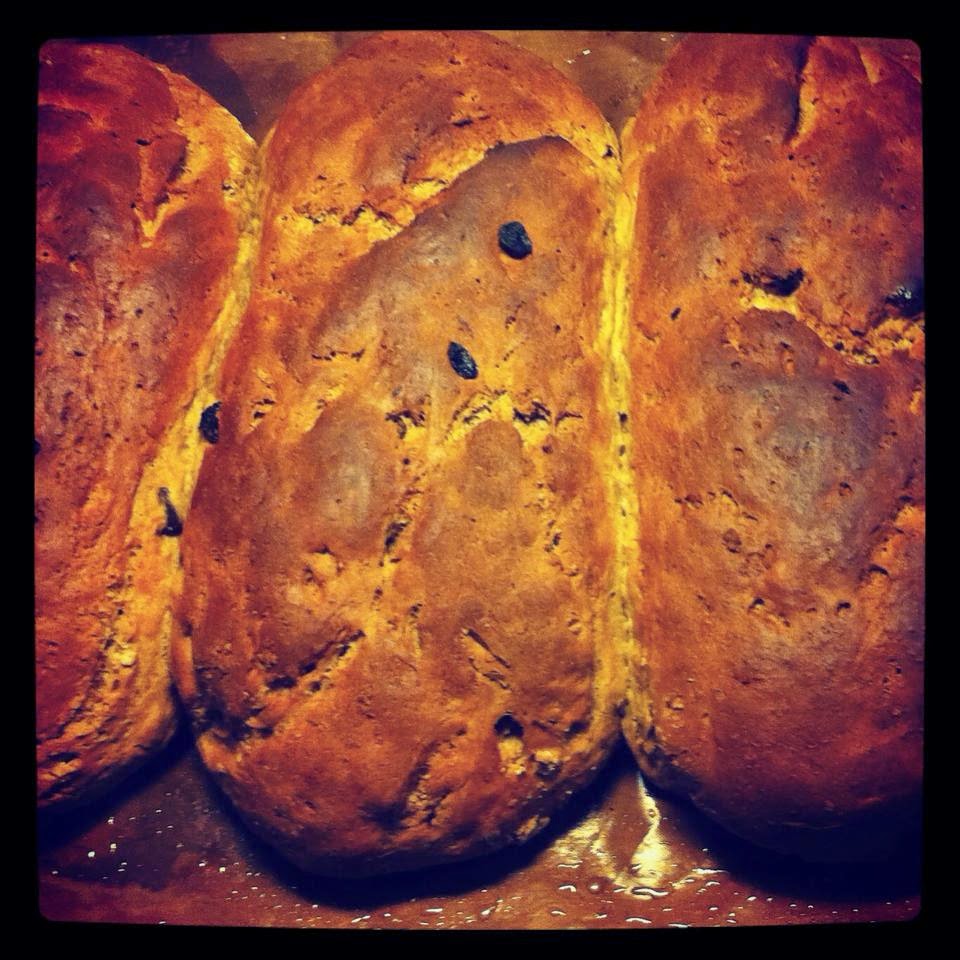 During December 2014 I will blog inspired by the blog prompts of Advent Calendar of Christmas Memories at Genabloggers.com.

I have also joined #blogg24, a blogchallenge to post a blogpost everyday started by Fredrik Pallin from December 1st until December 24.
Upplagd av Linda kl. 7:47 PM